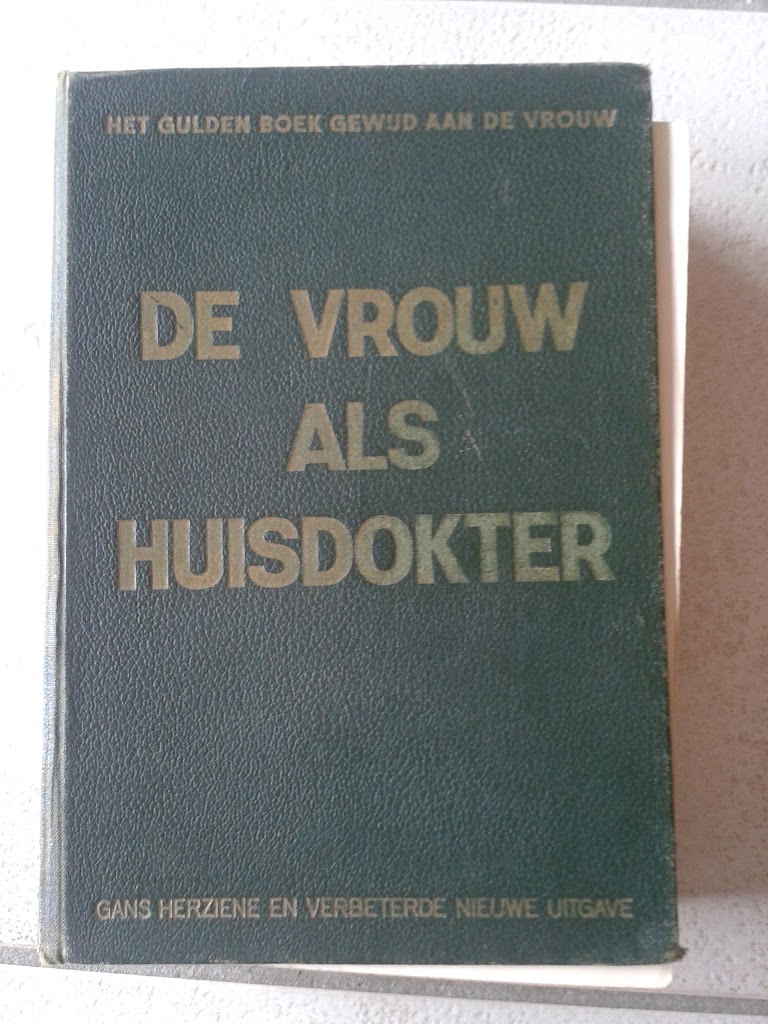 Previously I blogged about my stereophile granddad on my mother’s side and his stereo toys. But it turns out my grandmother on my father’s side also had something in her possession indicating an alternate solution to my problem. She recently moved to an old people’s home and we found this amazing book while clearing out her house. Don’t feel bad for her by the way. She’s much happier to be living with her homies and getting reacquainted with old friends who are already living there. The book we found is called ‘The wife as family doctor’ and was published in 1951. It counts a thousand pages and provides practical information on how to deal with countless child and women’s diseases.

It’s a Dutch translation of a book written by German doctor Anna Fischer (1856 – 1917) called ‘Die Frau als hausärtzin’ which was first published in 1901.  The use of language is archaic and I’m sure much of the information might be outdated. I was curious what it had to say about strabismus.

Given the time of writing and the general mind set of ophthalmologist this didn’t surprise me. Then I leafed a bit further through the chapter on eye disease.

This just made my skin crawl! This 1951 publication already mentioned some sort of visual training which has never been mentioned to me by any eye doctor! GOOSEBUMPS