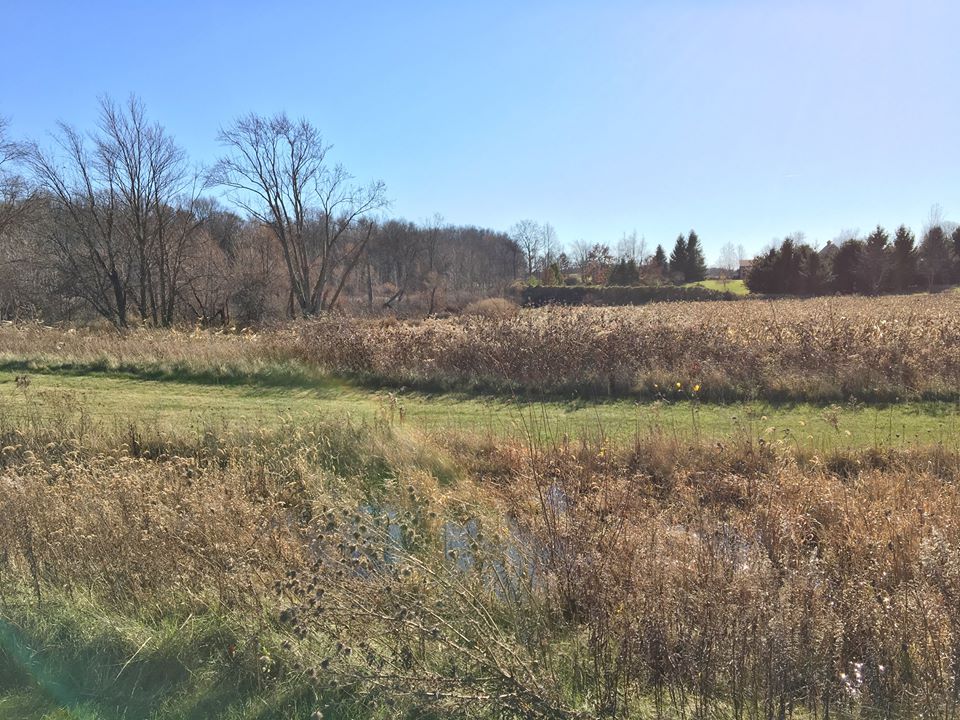 Logan Oostdyk is a 21 year old student living in Michigan. He developed esotropic strabismus at the age of five and his left eye consequently turned amblyopic or “lazy”. Thankfully he never had eye muscle surgery and started Optometric Vision Therapy in April, 2017. Parallel to his own Vision Therapy and own visual experiences, he is pursuing his interest in vision development and currently works part time as a Vision Therapist at Dr. Angela Sanders’ (OD) office in MI. After eight months of personal Vision Therapy, these are some of his thoughts and observations.

“Some of my thoughts on an experience with getting out into “the space” and slowing down to notice things followed by a question at the end.

Thanksgiving break has given me some extra time to catch up on things which I cut back over the last month: mainly sleep and my own vision therapy. You know you’re busy when you miss two weekly VT appointments in the office that you work at! Due to a break from school I’ve been able to hit the VT homework pretty hard everyday this week: Brock string, hart chart, aperture rule, BIM (Base In Minus) and BOP (Base Out Plus), flipper lenses with red green stuff, etc.

Anyway, I felt pretty good this morning so I decided to go for a walk. I’m not a runner or anything, I mostly just wanted to get out of the house. “The ground looks really rough; has the concrete always looked this way?” I thought as I started down the road. I stopped to stare at the ground under my feet and became fascinated by the texture of my leather boots. I took a picture because things looked so different but I couldn’t explain it. I figured “Huh, I guess it has been a while since I’ve worn these particular boots.” I continued towards the nearby woods. After a minute I stopped again thinking to myself, “Those trees look bigger, or something”. Turning around to look over some grass and into the neighbor’s field I noticed that everything looked different somehow.

Everything looked “better”, slightly more “real”. I knew exactly what this meant. In this moment, my eyes must be working together better than before! Looking out over some small hills I could “see” the space between things instead of just “knowing” that there must be some space there. I walked over to the nearest trees and began to examine them. As I looked into the trees I instantly realized that I could perceive the depth and distance between the closer and more distant branches much better than I am used to. I walked into the dense woods. Normally this is a struggle for me as I get poked in the face by small branches and trip over things which I don’t see until I bump into them! I realized that I could better tell, regardless of size, the location of the branches and twigs. I could tell which ones were closer, which ones would snag me and which ones would miss me as I walked. The improvement in my vision was not super extreme, but I was seeing things which I had never seen before!

I know the improvement didn’t come from a change in acuity or clarity, but resulted from better use and increased appreciation of binocular cues for depth. I began to run around touching small branches and twigs quickly with my finger tips. I hope no one saw me because I may have been singing. I felt like a kid exploring a new environment, even though I walk here all the time. After a while I just stood marveling at how things seemed to “pop” out. I’ve always known that closer things SHOULD look closer, but until now I never really saw the closer things as ACTUALLY LOOKING CLOSER at this large of a scale.

I obviously have experienced changes and improvements in my vision before. Even so these changes were either much more gradual, only visible in-equipment/in-instrument, or associated with a prescription change.

The point is that I didn’t have these awesome changes until I went outside into the space and started walking around. I find it interesting that I spent the first half of the day reading and doing things inside the house and everything was visually “normal” for me. I know It’s not the same for everyone, but, in my case, I didn’t notice anything different or any special changes until I went outside and started wandering. Now that I am back inside I still notice slightly more depth than before this experience, but definitely not as drastic as what I experienced outside.

Does this sound normal? Does binocularity improve temporally with movement? Anybody have an experience with very strong but temporary improvements in depth? I’d appreciate any thoughts on this.”

In a previous article on this website I outlined some ideas of how movement might stimulate binocularity and potentially an associated increase in depth perception.

“… These are interesting observations. Drawing on what Nick tells me and my own personal experience, I have some ideas about the why of all this. In cases of intermittent strabismus, movement and balance exercise are often an impetus to align the eyes. I can think of two reasons for this.

First, when in motion, the vestibulo-ocular reflex (VOR) is activated to keep the eyes aligned and maintain a consistent, single view. This also helps with navigating in space. In order to avoid motion sickness, whether while walking or driving, the body puts in extra effort to avoid a conflict between the eyes (the visual) and the inner-ear balance organ (the vestibular). To do so the organism, if capable, will align both eyes aided by the VOR. This might also be one of the reasons why Nick likes to be in motion and ‘can’t sit still’.

I once heard a beautiful example of this. A little child, who was born cross-eyed, was increasingly becoming less so because of VT procedures or stimulation adapted to the infant. The strabismus came to be more and more intermittent. A particular instance when the eye turn seemed to straighten out was while being in a moving car. In order to try and avoid motion sickness (or car sickness), the child’s body tried to sync the images from both eyes with the input from her vestibular inner-ear organ. The conflict between the visual and the vestibular was temporarily being resolved. The child continues to have more and more ‘aligned eye time’ through proper stimulus and guidance.

A second reason for why it is often easier to align the eyes when moving in case of intermittent strabismus, is the difficulty of moving the eyes separately from the head or body. I actually experienced this myself. To some extent my head moved along with my eyes in an attempt to maintain a clear and single view in search of visual comfort. Not only did my eyes not move independently from my head, but neither did they move independently from the entire body! After a while it was so difficult to maintain a single, comfortable view, the whole body would tense up. The point being that, sometimes, body parts do not have enough of a neurologically specialized movement ‘repertoire’ to move independently. In this case, to move the body means moving the eyes and to move the eyes means moving the body. To move and align the eyes then, might require to move the entire body until more specialized and independent eye movements are embedded. …”