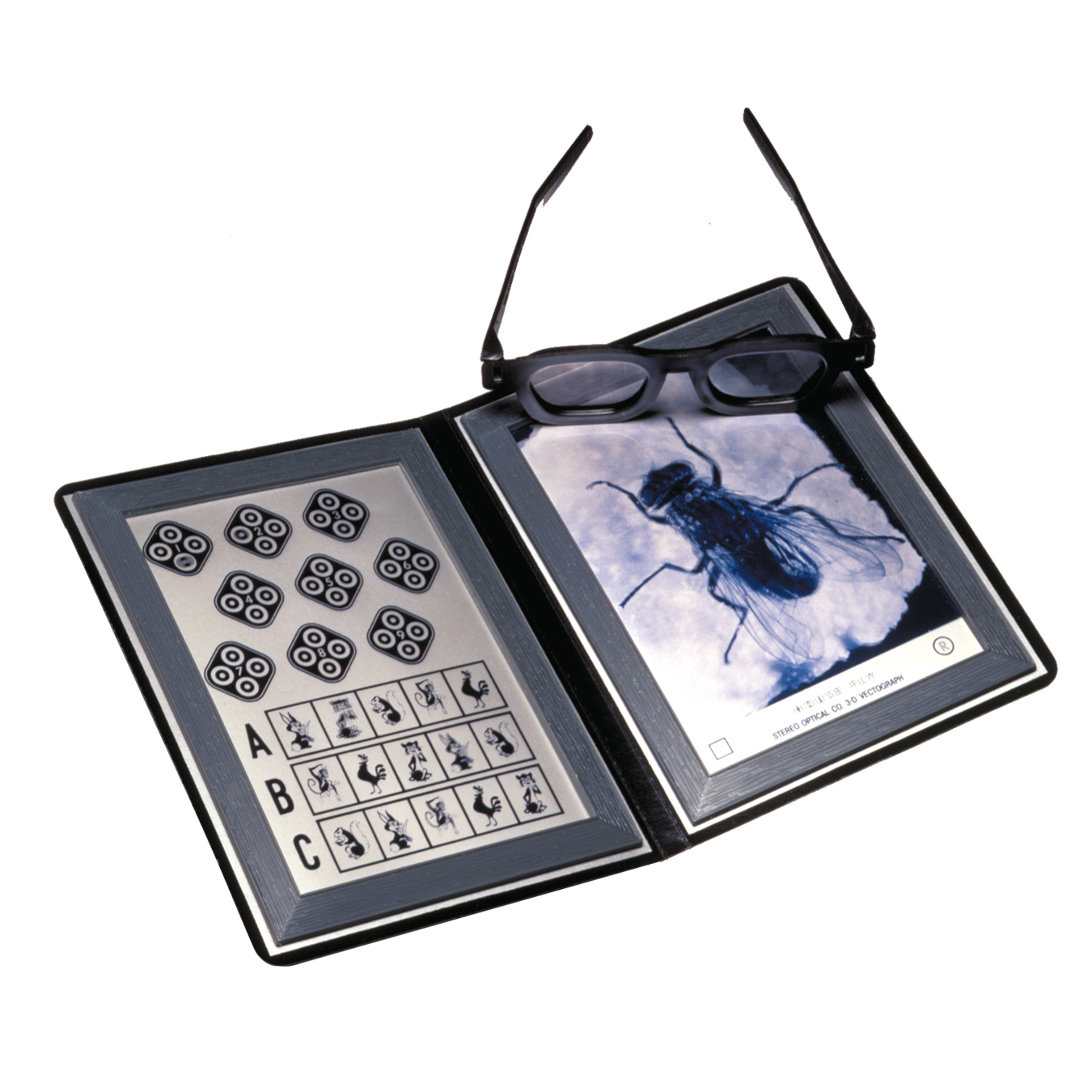 Teagen D. (38) is a game producer and programmer living in Seattle. As a child one of her eyes was patched and she had two strabismus surgeries at the ages of 1 and 12. She thinks the patching wasn’t very effective and the surgeries did more harm than good. “My pediatric ophthalmologist was a classic anti-Vision Therapy doctor. He told me I’d never improve my condition.”

In 2001, as a college student, Teagen started Vision Therapy at the age of 21. Over the last 17 years she has done 5 rounds of VT under the auspices of 5 different doctors. This has cost her thousands of hours and tens of thousands of dollars.  “I’ve had lots of improvement in alignment, visual field expansion, acuity in my right eye, etc,” she said. But real (sensory) fusion kept eluding her.

“One of my most recent VT optometrists even told me I may have achieved as much as I could with VT and that fusion seemed to be out of reach. I don’t fault him for saying this. First off, I asked for his honest opinion. Second, all things indicated that this was probably true. VT takes time and money and it really seemed like I’d done as much as I could, achieved a lot of improvement and fusion just wasn’t in the cards.”

“Despite my stubborn optimism, I think deep down I’d finally decided to stop trying so hard. That maybe someday a new treatment option would offer some new hope, but in the mean time, I should just stop, take a break and relax a little. I think that would have been fine. As such, I almost canceled an appointment I had lined up with a 6th doctor.”

“Fortunately I did go to that appointment! Within an hour of meeting this doctor, he helped me achieve fusion (read below)!  I do think, however, that all my previous doctors have helped lay the foundation for what I was able to achieve on this visit. I’m a good example of stick with it although I also feel incredibly lucky to have had the funds to pay for my therapy and lucky that I found this last doctor. As many strabismics know, VT can be a long and difficult road with no guarantees. I guess, with this post, I just wanted to acknowledge how hard so many of us work to try to get relief.”

Read Teagen’s FB post (27th of August, 2018) detailing her vision issues and her most recent visit to Dr. Baxstrom.
“Great news! Amazing news! For the first time in my life, today I fused two images into ONE image. As some of you may have read earlier, I visited Dr. Baxstrom of http://www.visionnorthwest.org/ today to get measured for lenses to correct my aniseikonia, hoping that this correction might help me fuse. However, after we started talking, he started testing my optokinetic nystagmus.

He figured out that I have no optokinetic response in my right eye, for movement going from my nose out to my temple (nasal-temporal). My eye just stays still, but a normal eye would show optokinetic nystagmus.

Polarized eccentric circles approximating the ones described by Teagen.

Then, he had me look at a page with three rows of 5 cartoon animals. Each row had four 2D animals and one animal that would appear in 3D if I was fusing. I was able to pick out the 3D animal on all 3 lines with no problem. It didn’t “pop out” at me, but it looked fuzzy. He said that was fusion.

Stereo test with rows of 5 animals below on the left

When he said this, I immediately started sobbing! :) It’s been a long road. I’ve now done vision therapy with six different doctors since about 2001. I’ve had lots of improvement in alignment, visual field expansion, acuity in my right eye, etc. But fusion was always the crown jewel that I knew I might never achieve. It was amazing today to know it was possible. Even with a cyclotorsion, aniseikonia, hypotropia, and exotropia. And when I got fusion today, none of these items were being corrected with lenses (beyond the improvements I achieved over the years via vision therapy).

Going forward, he’s going to create a VT plan I can do at home and I’ll go check in at the office every 3 weeks. His goal is to improve the nasal-temporal optokinetic nystagmus afflicting my right eye in order to, hopefully, enable me to fuse without the use of flicker glasses + 3D glasses.”