The procedures I am doing or tools I’m using to advance are not particularly mind blowing, but results don’t fail to produce themselves. It’s been five months since I started to see single some of the time and that trend continues. The first twenty months of vision training I was advancing because my measured angle of disparity was diminishing but nonetheless I kept experiencing double vision 24/7. A serious neurological symptom of an acquired developmental brain injury called strabismus that was left untreated for 17 years. Nowadays maintaining single vision is still more a voluntary movement than an automatic one so I soldier on. Even though having to really work for my vision every second I have my eyes opened, it’s nice to see the progress and to be able to see that very basic rough movements are getting smoother. I can SEE I am moving forward towards finer vision motor skills. Like going from a very rough impressionist painting to a detailed realistic picture. Or sculpting a rock into a life like statue. Or from speaking a language like a cave man, towards fluency. My grandma commented ‘A children don’t learn how to speak in just one year, do they?’. Nope, they don’t even though their little brains are more susceptible to learning. It’s still going to take a while before all these new skills will flow into fully functional stereo vision that gives me more freedom to read or to do other vital activities but every day I am getting closer.

On an unrelated note, I’m glad Obama is going to boost neuroresearch. Hopefully the discoveries that will be done won’t take another century to reach all health care practitioners. The concept of brain plasticity already has massive implications for treatment of all kinds of disorders and illnesses. Many opportunities could be seized right now with the knowledge we already have, if only the majority of doctors opened their minds to it. Even though not dealing with vision directly, the book ‘The brain that changes itself: Stories of Personal Triumph from the Frontiers of Brain Science’ by Norman Doidge shows once more how much the field of behavioral optometry was ahead of its time. A century of proper vision care lost… Let’s hope that changes soon. 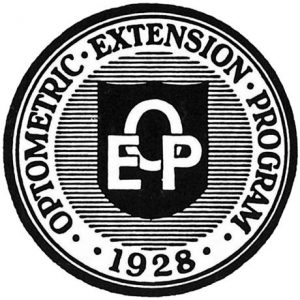