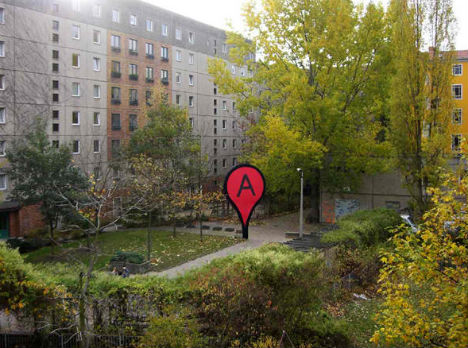 Developmental strabismics often learn how to suppress sight coming through one eye. Many times they even learn how to alternate between both eyes. This is a useful short term neural adaptation but has many disadvantages in the long haul if not corrected. Having been, and to some extent still being, an alternator, I know how it works in practice and how it feels. If feels like you can shift between two ways of seeing. You are not only switching between your physical eyes but also between two viewing positions in your mind. You litterally have two “mind’s eyes”. When paying attention to this weird ability and supposing your head/body is a vehicle you are maneuvering, it feels like you can change the driver’s seat’s position. One moment you are in a normal car. The next moment you are in a Brittish car. You can shift what is called your visual midline (visual midline shift). When I was younger even colors used to look slightly different depending on which eye I was using! I remember when I was fourteen asking my mom: “When I switch from one eye to the other I sometimes get color changes. Do you also get that?”. Reasonably enough she didn’t really understand what I was talking about and had a disturbed look on her face!

In developmental strabismics the act of alternation is often a subconscious one. Because we developed this way we can usually apply it to our benefit as much as possible. It’s not optimal but if you master and control it, it can be manageable. For me problems started occurring when, firstly, this learned visual neuro-adaptation started to unravel by itself due to external pressures (because it is not an optimal nor stable neural equilibrium).  Secondly, these problems were aggravated when the correspondence between how my eyes moved physically and how my neurology worked was radically disrupted through eye muscle surgery. That is why the first couple of days after surgery I even had to relearn seemingly simple acts such as keeping balance and walking. On the surface I learned quickly but a lot of extra unnecessary baggage had been added to tasks of daily living. I did my best to pick up the pieces and held my own for a couple of years but ultimately it was not possible to just forget about the problem and live a normal life. Untangling this neural and physical dissonance is a work in progress.

That is why following passages taken from the book Vision Rehabilitation strongly resonated with me. These can be found in Chapter 4 on Spatial Vision, written by Robert Sanet and Leonard Press.

“While walking, patients with ABI may demonstrate a shift in visual midline and altered gravitational sense termed visual midline shift syndrome (VMSS). These patients demonstrate balance impairment and associated motor dysfunction, including leaning, falling, or veering to one side during mobility. VMSS can have an immediate and dramatic effect on the motor dysfunction.

The sense of awareness of one’s position in space is predicated on what has been referred to as “the invariant.” Without having a stable frame of reference of self, it is impossible to organize space efficiently and accurately. As an example, consider what it would be like to find the location of a specific place on a map using only the coordinates “two miles west and one mile to the north.” One cannot derive the answer without knowing the initial piece of information: “From where?”

The invariant provides a stable frame of reference upon which we build spatial constructs. The mental representation of space, and perception of straight-ahead body orientation, are related to a number of internal reference frames, including visual, vestibular, proprioceptive, and tactile information that allow us to build accurate spatial maps. That is to say, the brain orchestrates movement using a series of internal models, maps, or schemes of external reality. Even before initiating the movement, the brain has already taken the visual information, anticipated the consequences of the movement, and formulated a series of motor actions to accomplish the goal. The antigravity system, therefore, relies on the integration of many neurological processes, principally as follows:

– Visual system input that aids in the determination of vertical and horizontal frames of reference, and the perception of self-motion that comes from optic flow patterns across the retina.

– Vestibular system input through the otolith and semicircular canal systems of the inner ear give information about head position relative to gravity, and changes in acceleration and deceleration.

– Proprioception system input from the stretch receptors in the muscles that give information on body position.

Visual input to the vestibular and proprioceptive systems that direct movement, such as when adjusting balance or moving the body and hand to grasp an object or to catch a ball, is due in large part to subcortical “unconscious” visual pathways. The automatic, unconscious visual prediction and computation that supports motor planning and execution of accurate motor movement is often disrupted when patients experience ABI. This results in visual-spatial confusion and inaccurate visual guidance of motor movement.”

This short clip by the BBC nicely demonstrates how disrupting changes to visual input can be for balance and motor ability.

I particularly like the concept of having a stable frame of reference of self in relation to the environment constructed upon various sensory streams of information referred to above as “THE INVARIANT.” Vision plays a crucial role. Simply put, the visual system has four essential questions to answer:
1. Where am I?
2. Where is it? (an object or objects of interest)
3. What is it?
4. What do I need to do or say about it?

If that primary sense of awareness of where one is in space (the invariant) has become variable because of conflicting visual information due to for instance eye teaming difficulties, the answer to the first question has been compromised. If the invariable becomes variable, spatial uncertainty is compounded. This will have far-reaching effects on the visual system’s ability to answer question 2 to 4. This interference and uncertainty will negatively impact the ability to oversee situations, interact with objects or find relevant information. Secondly, it will also compromise movements, memory, verbal ability and might cause serious fatigue and mental confusion. In short, without controlled and stable visual input to the brain, the ability to interact and build proper spatial brain maps suffers greatly.

To get back to my own story… Nowadays my, what is supposed to be, invariant is all too often variable and this has a profound effect on my ability to function. I am physically strong but this leak in the system can throw me off balance and drain my energy without mercy. I like to move but I do it in settings where I can easily retreat when needed. Over time my variable invariant is getting more fixed and coherent. When I have good moments and have relatively high amounts of ocular control, I can see abilities and talents I knew I have had all along flaring up. If I can get my invariable to be invariable more often and hopefully indefinitely, the sky is the limit.

One example of this is a basketball video I recorded a few weeks ago on “a good eye day”.

This is pretty good for having no stereovision.  However, I cannot play like this consistently. Same goes for reading performance or any other kind of performance. It depends on whether I have good or bad ocular control that day or that moment. As optometrist Myron Weinstein once said: “Vision writes spatial equations for muscles to solve.” Can my brain rely on the visual and proprioceptive input provided by my eyes?  Isn’t it too exhausting to get my eyes in line? Those factors will determine how variable my “invariable” is at that moment and how well I will perform.

“We are never tired as long as we can see far enough”  ,- Emerson

Fortunately I know I can improve indefinitely, even with damaged eye muscles, and I will. As there is no other option but to do this rehabilitation thoroughly, I should not settle for damage control but I should try to unify these two alternating monocular ways of seeing into one coherent binocular system. This in turn will contribute to my body’s sense of position, motor abilities and my ability to construct brain maps of any kind.

If you are interested in learning even more about strabismus, suppression and brain maps, I had a first attempt at making a watchable video tutorial about this topic. Enjoy!