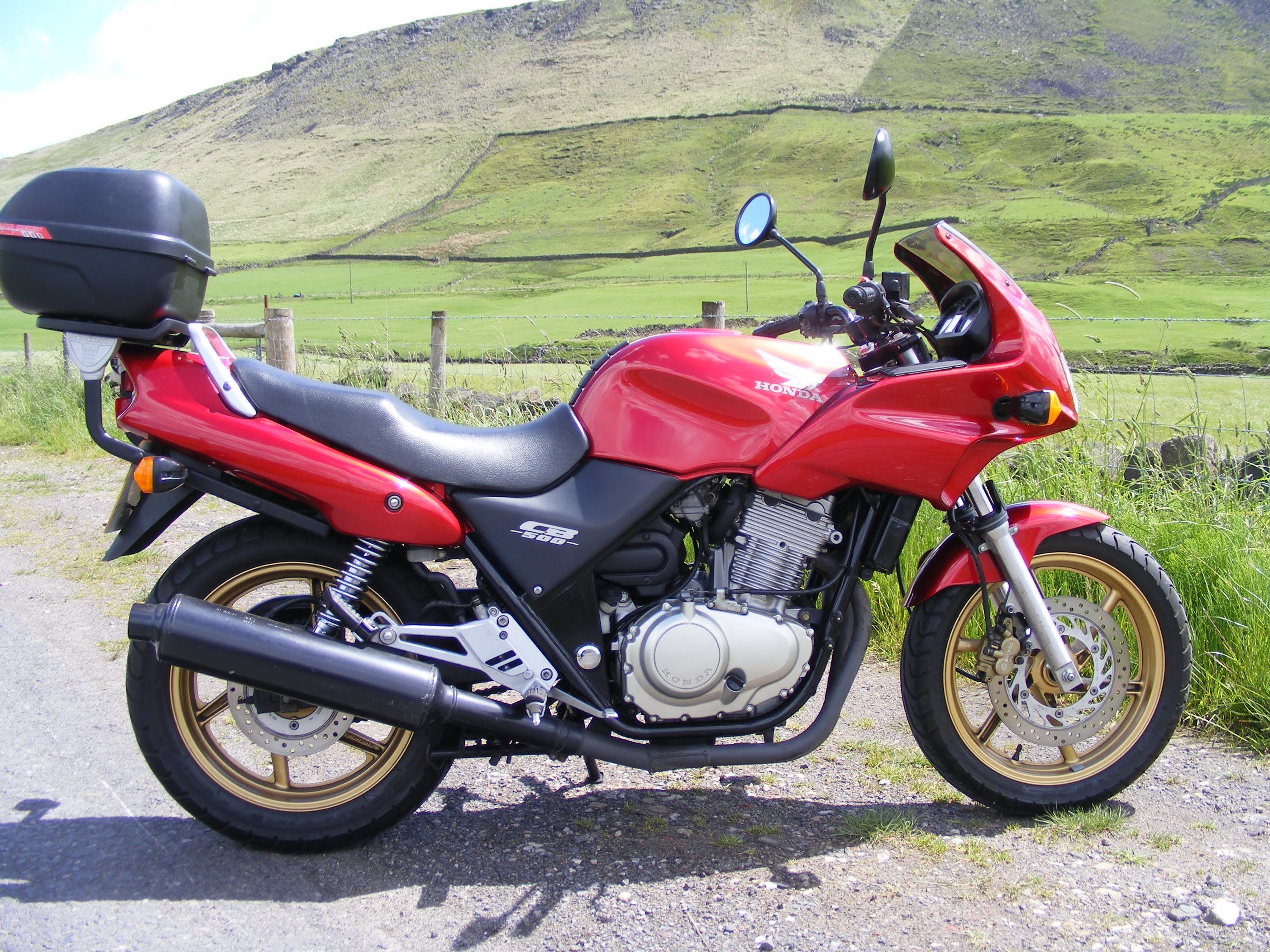 On November 20th, 2015 I passed the theoretical exam in order to pursue a motorcycle license. The test consists of 50 multiple choice questions about Belgian traffic regulations as they apply specifically to users of a motorcycle. Studying for this already posed a barrier as I have severe reading issues. Studying from a book is not possible. Consequently I used a website specifically designed to help one study for this exam (www.gratisrijbewijsonline.be) in combination with text-to-speech software. This method worked fairly well and considerably extended the periods I could work without running into halting eye strain, headaches or jaw pain. I was prepared for the exam after a couple of nights reading/listening and filling out example questions. One needs a minimum score of 41 out of 50. I scored 47. The first hurdle had been crossed.

STEP 2: taking the mandatory amount hours of practical courses to prepare for the first of two practical tests: the manoeuvers exam

At this time I was an able car driver. Nonetheless I am limited in terms of time and distance. This means that I after two hours of driving, my vision is worn out, strained and shakey. I took the theoretical test thinking I’d put off the practical courses until my vision had improved further. I had a valid waiting period of three years during which my theoretical certification would remain valid.

Ultimately after a few months I got impatient with myself and decided to enroll without delay. To initiate lessons safely I would have to inform the school about my vision issues and negotiate some exceptions to normal practice. The main concession would be limiting lesson duration from three hours to two hours apiece. At the two hour point, my vision would be degrading but not to unsafe levels. I’d be exhausted after a two hour session but a good nap afterwards would more or less straighten me out and restore my oculo-motor control to its usual level. I should not go too deep into my energy reserves and end up needing multiple days of recovery time.

The first bulk of lessons would take place on private grounds, not on public roads. It was the very first time I sat on a motorcycle, or even moped, in my life. The first lesson was just about explaining the gears, levers and chugging along in first gear. By the end of the first lesson I was doing turns according to an infinity or eight shape quite comfortably. The muscle memory remained intact and we picked up without set-backs during our next meeting.

At the start of the second lesson, the instructor explained the importance of balance, peripheral vision and looking far ahead when riding a motorcycle. ‘Look into the distance’ was one of his catch phrases. Once you intuitively know where controls are on the bike, it is indeed the best way. This, in fact, was one of the reasons why I wanted to take up biking.

So far Vision Therapy had been progressing, albeit slowly, and I wanted to find an activity suited to the delicate visual skills I already possessed. Riding around at high speed might not be the best way to go about it, I hear you think. However, to me it made perfect sense. Even though I have trouble both converging and diverging my eyes smoothly, their resting state is more towards divergence and they have a slight exotropic look and feel to them. That is to say: I have an easier time looking far away. I wanted to capitalize on this fact while integrating peripheral vision and balance as they do in Vision Therapy and, as it turns out, while riding motorcycles. This activity would more or less suit my vision while certainly suiting my temperament and innate interests. The exhilaration and speed might also make for a compelling visual learning opportunity if interlaced with proper amounts of rest.

I explained some of my visual history to my teacher. He was very interested to learn about strabismus and other related vision issues. It might be relevant to future students of his as well, he remarked. I was progressing nicely learning individual skills and combining them within the enclosed and predictable space of the private terrain. My learning curve even seemed to be on the steep side according to him.

On May 17th, 2016, we did our first road lesson together. It was not strictly necessary to prepare for the manoeuvers exam but he wanted to show me that riding in an enclosed space is not the same as riding public roads. What we had been doing so far was only the beginning. We went for a two hour ride around Brussels.

I was taking the motorcycle lessons in French, which is not my native language. Usually that’s not an issue. I understand French fine and can communicate in a proficient manner. But on the road, however, teacher and student communicate through an ear-plugged radio transmitter. The sound quality is poor and trying to decode my audio input was distracting me from paying visual attention. Moreover, there are all these newly acquired skills to combine and things to take notice of. The road, the street signs, the speed limit, using my gears and indicators correctly, frequently looking over my shoulder to check for oncoming traffic and so on. Meanwhile I was just trying to keep my eyes in check as well. I was having a particularly rough and tired day already. As time went by I was getting even more knackered. I was getting increasingly annoyed with the occasional French outbursts in my ear. As visual and general fatigue worsened, my performance became more erratic. At the end of the trip I was completely exhausted but I was keeping it together, barely, under the influence of my good old friend adrenaline.

From my perspective, even though I had made some serious mistakes, it had not been that bad. To me, taking into account the fatigue of the last couple of days during which I had attended a wedding, my performance was bad but with room for improvement. Now the teacher was coming to understand more or less what I was talking about earlier: the oculo-motor control issues leading to attentional and visual processing problems. He was sympathetic but understandably a bit shocked and surprised by the stark contrast between my fast progress with learning individual manoeuvers and my poor performance on the road. He pressed on me the dangers of some of the situations of that day and vented his frustration.  Even though I knew this might happen beforehand, I started crying from exhaustion. When I’m at the end of my rope and I can’t control my vision, I have a tendency to cry. It’s just a natural progression, similar to a law of nature.

After the initial release, I told him that throughout my life I’ve always had some learning difficulties. Initially things were always extra difficult, more so than for most others. Nevertheless, if I was allowed to learn things in my own way as opposed to the standard learning method, I usually could keep up or even overtake others. I told him the current method of fixed and, for me, too long lessons at day time with full on traffic might be too intense as a starting point for me. Ideally I would practice during the evenings. Given my photophobia, the softening of lighting would be more soothing to my eyes and the traffic more forgiving. Also, if I were to practice alone, the length of rides could adjusted to my visual stamina. In that case, he said, the best way to proceed, after passing the initial manoeuvers exam, is buying your own bike.

On May 25th, I passed my manoeuvers exam on the grounds without incident. I am now allowed to practice on the road during one year with a learner’s permit. Watch an example of the exam here:

STEP 3: buying a motorcycle and practicing on the road

After looking around for a while and obtaining some advice about low budget options, I bought a Honda CB500s (1999 built) in June 2016. It’s the first time I owned a vehicle. It feels great. After getting insurance and extra safety gear, I started practicing right away. When traffic slowed down and the sun was slowly descending from the sky, I would get the beast out and ride. At first stress and adrenaline levels were high but as time went by I started to feel more at ease. I practice three, four or five times a week depending on how I feel. Riding when you are not feeling your best is not a good idea. You need to feel sharp and feel the itch. It’s both relaxing and exhilarating on various levels. It’s much more direct and intense than driving a car and you notice all kinds of things you wouldn’t notice otherwise. Who needs television when you can just see it for yourself in Brussels?

Your body works differently on a bike as well. That’s true for anyone but for me it gets interesting when considering my vision. Usually there’s a bit of a lag and strain accompanying my eye movements, certainly when looking in certain directions. On my motorcycle, to a great extent, that lag disappears under influence of adrenaline. In my mind, that’s a good sign. This shows that my body can do it if  needed. The one million dollar question is of course: can these adrenaline infused vision training moments leave behind lasting long term improvements? Will it lead to a normalization of this kind of performance? Let’s hope so!

As I get more comfortable on the bike, the adrenaline rush is getting more moderate but the anti-eye-lagging effect is still there. My body knows if it does not comply, grave injury can result. Of course, you can’t be on adrenaline all day and effectively threaten your own body into doing its eye movements correctly. When the rush wears off, there’s a small dip in performance which is normal.

The only situation which still feels quite uncomfortable at the moment is riding down the highway. It’s not necessarily more difficult with respect to traffic, perhaps even to the contrary, but the speed and wind are of such magnitudes that it becomes hard to maintain posture and visual attention. It’s a whole other level. I have renewed respect every time I see someone else riding down the highway on their bike. For me it’s about finding a balance between visual limitation and finding strategies to expand the comfort zone safely.

I have to complete the road exam somewhere before May, 2017.