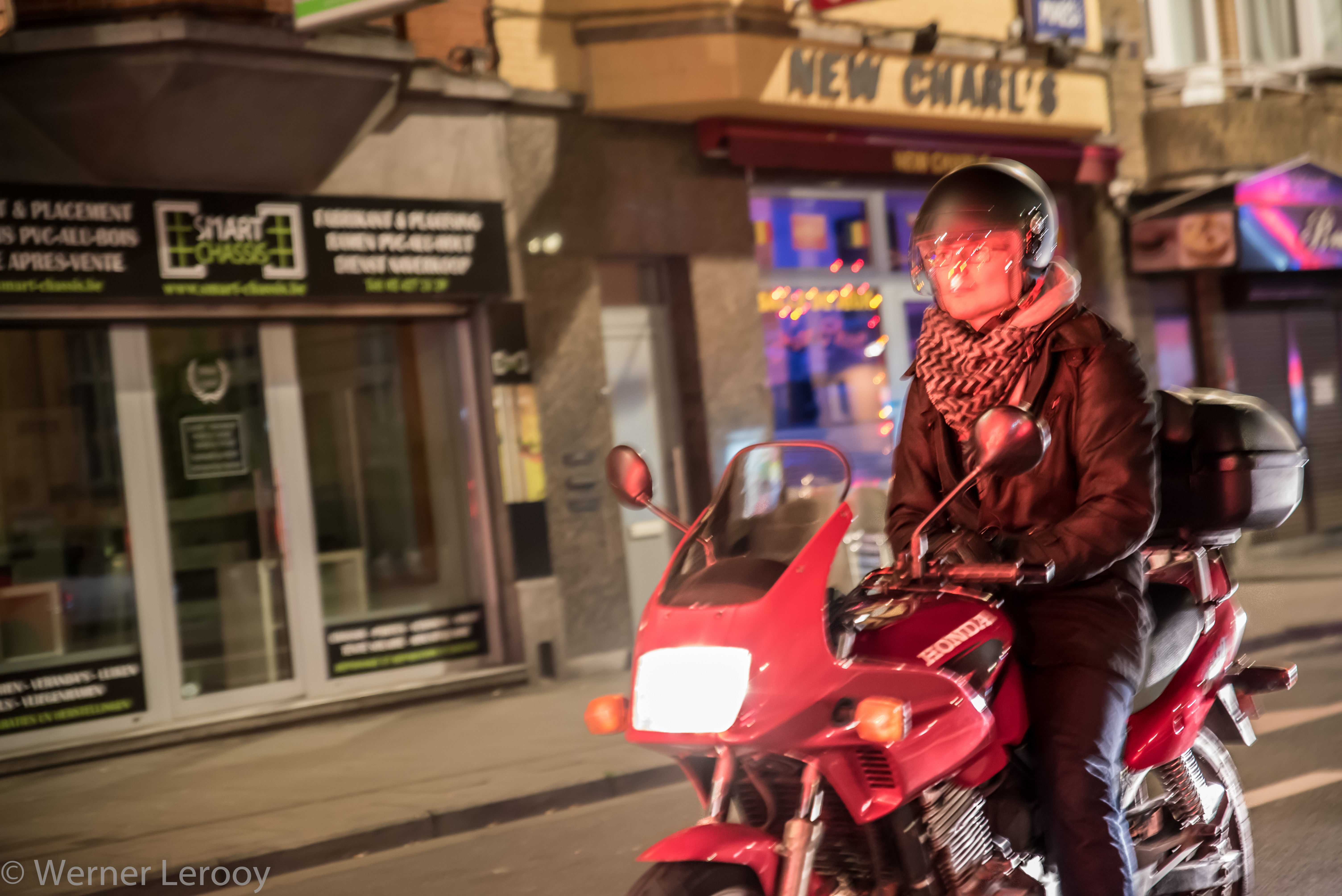 On the sixth of April I passed my final motorcycle exam: the road exam. 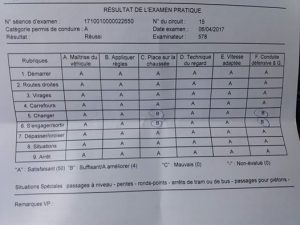 As far as visual learning goes, the motorcycle experience was very interesting in analyzing the flaws in how I learn. It reaffirmed some of the bottle necks in my visual process. To work around oculo-motor limitations and the lack of stereovision, I largely rely on cognitive adaptations grounded in experience and extra vigilance.

Regardless of my limited visual skills and stamina, I maximally used my current visual skills in order to accomplish the task.  Basically I learned to work around these visual hurdles by paying attention to the right cues (because I have trouble taking in the whole situation and its depth) and learning to control my emotions. When starting to ride, controlling emotions was a big deal. An excessively fearful state interfered with the proper functioning of my already limited visual skills.

That’s why when practicing on my own I started at night with low traffic. I also started with half an hour of riding at a time and could add time from there. Speed was also broached in gradual way. Even though my fundamental visual skills and eye movements did not improve spectacularly over that time period, my cognitive and emotional learning process progressed to work around the limited vision.

That’s basically the story of my life but it will only take you so far. Nothing can really fully compensate for automatized or stable eye movements and stereovision. Even though I am at this point a very good rider, I won’t be able to ride for longer distances or for longer than one hour and a half or two hours tops. 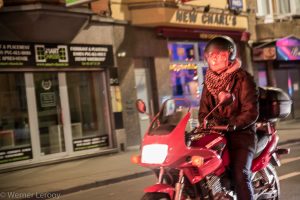 In acquiring this new skill, I learned a valuable lesson once more. Although, with more time and effort, I usually can learn what other people learn, I will on top of that be limited in my application of and capitalization on those skills. In basic economic terms this means, a MUCH higher entry barrier or fee if you will and MUCH lower pay backs afterwards to make it worth the effort and money. This gets many visually impaired people (with strabismus, amblyopia, convergence insufficiency, acquired visual injury, …) in trouble and creates inaction and a downward spiral.

Why even try master a certain skill, when even when you get through the educational program with much more effort, you’ll be screwed in the job market because you don’t possess the basic visual stamina to compete? The only thing that really competes with robust and stable vision is robust and stable vision. It’s worth investing in acquiring these fundamental visual brain skills, especially in the case of children.