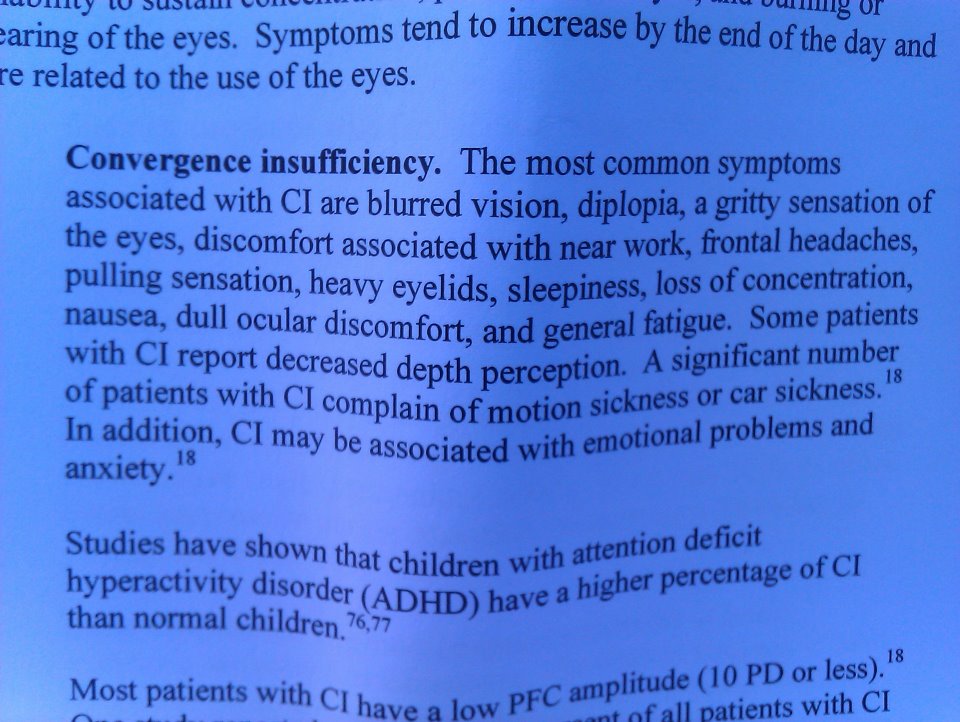 A little while ago an American woman by the name of Heather Essex Thomas found out about this blog and we have been in touch. She is in her fourties and her last operation was 5 years ago. After the operation she experienced double vision for only a few days and went back to suppressing the second image. So contrary to my own case her suppressing system seems to be intact. She has been doing vision therapy for a few weeks now. Her progress seems swift. The changes have various effects on her like dizziness and car sickness, along with the sensation she is perceiving colours as being more vivid.

More recently she wrote me:
“I am starting to get flickers of double vision which my therapist says is a sign that my eyes are starting to work together. But I am so tired most of the time. I have read this happens because I am seeing so much more of the world. Have you experienced the tiredness?” |understatement :)|
I was at a baseball game Saturday night. At the end of the game there was a fireworks display. That was pretty cool. I have seen fireworks many times but never like this before.
I also feel like there is often a “fight” between my eyes in regards to which eye wants to be dominate. Did this happen to you?” |They should become a team eventually|

I’m very happy someone is writing me about her experience. I experienced all of that to a devestating extend , except for the positive aspects she is describing. I made it worse by not being informed correctly, faulty operations and obsessing about getting that degree… Later I found out about this whole other world of possibilities called optometry. I read up on all the things that have been happening during the last 18 years and the things that are about to happen to me. In the picture a summary of the symptoms is shown, especially the general fatigue has been playing a prominent role lately. The good news is that all the symptoms will go away over time. The bad news is changing at such a fundamental level under the pressure of double vision requires a lot of energy so there will be more up and downs getting out of this dead lock. Anyhoe, it’s gonna be okay in the end. 🙂