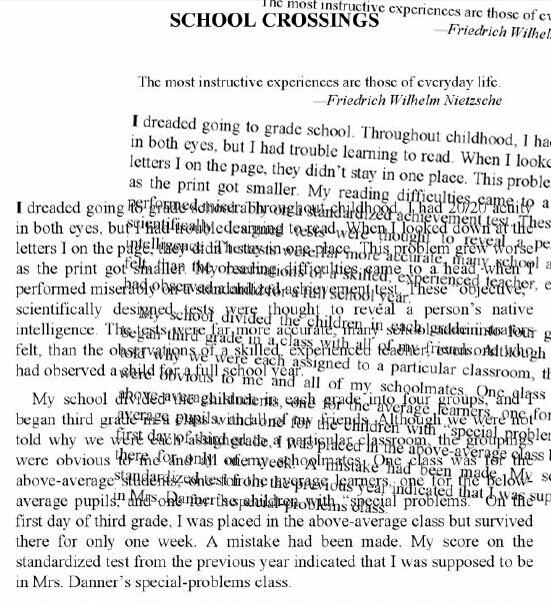 Perception is a constant flow of action and reaction. Your own actions, even unconscious ones like moving your eyes, and other events beyond your control shape your perception and your perception shapes your actions. Both are intimately linked in a lifelong perceptual stream. Once your mind is infected with the idea that acquiring 3D vision is possible, a heightened sense of self-awareness, a lot of patience and supportive people can avoid a total double vision burn out. You can divert the visual stream to a better place, but it’s similar to steering the titanic away from an iceberg. You might hit some icebergs while you’re trying and it might do a lot of damage but if you get through it and keep persistently poking that VT bear, things might just start to change little by little. Even after starting Vision Therapy there are loads of road blocks in order to get out of this kind of burn out.

What’s a burnout?
“A state of physical, emotional and mental exhaustion caused by long term involvement in emotionally demanding situations.” – Ayala Pines & Elliott Aronson
“A state of fatigue or frustration brought about by devotion to a cause, way of life, or relationship that failed to produce the expected reward.” – Herbert J Freudenberger

I was totally locked down in damage control mode, and even while trying to control the damage and reverse it, things kept getting worse for a long time. Why?

My understanding of my own condition is relatively new. A lot of ‘specialists’ told me there was nothing I could do so people around me accepted that and moved on. I tried to but things just kept getting worse. Going for a Masters degree while suffering from diplopia worsened by what was supposed to be a corrective surgery wasn’t really the most intelligent move either. But me being me, I would rather die than accept that I should be denied the opportunity to study because of something that isn’t my fault. Turns out that’s pretty much almost what I did… My abilities kept shrinking and the effort I had to put in to keep up my studies kept growing. Ironically, the combination of strabismus and a university education made me dumber in the sense that my ability to focus and read diminished throughout this period. The few visual abilities that had developed despite strabismus have gone downhill over the last few years of studying with diplopia. Hard work does pay off, but only if you do it in the right order. If I would have known the truth, I would have fixed my vision first and then moved on to more constructive study efforts. I acted on the knowledge I had at the time and did my best to carry on while sucking up the physical price without bothering too many people. Nobody suspected that this long silent struggle could be so damaging.

“While individuals can cope with the symptoms of burnout, the only way to truly prevent burnout is through a combination of organizational change and education (in my case understanding strabismus and Vision Therapy) for the individual.”

So when I finally graduated in the worst condition of my life, I wasn’t exactly at the same wavelength with the rest of the world. Thank God I had discovered Vision Therapy during my final year or I would not have seen a way out. Even so, the clash of me being KO and people’s expectations, whatever they are, of a newly graduated Economist actually set me back a few months. I lost some ground and had to rebuild. Again… Even after trying to explain the process of Vision Therapy to my immediate environment. ‘Yes, ok but…’. No but.

“The relationship between asthenopia (eye strain) and school performance is governed, to some extent, by discomfort. The increase in symptoms reported by young adults is probably related to increased severity of chronic symptoms that have been present most of their academic lives.“
American Optometric Association

Considering everything the graduation by itself was pretty much a miracle but sadly no one could read my mind or relive the last four years with me to know what it’s like. Or the last twenty years for that matter. Even people with good intentions were pulling me back, just because it’s impossible for them to understand. It’s a shame that good intentions can be so detrimental. It’s just a perpetual misunderstanding because you are running on a different operating system. From then on, my one and sole priority is something most people take for granted and never even heard of: gain control over my eyes and acquire healthy vision…

The deeper you have descended into the abyss, the harder it is to turn the current. Depending on how deep you have fallen, it will take months or even years before you start feeling better little by little. I am very fortunate to have had some very awesome extended family who allowed me to do what I have to do to get better. At that time it was very difficult to change environment, explain the whole problem again and the solution. I needed to trust my own judgment and take a stand because I am the only one who understands. I just wanted to be left alone somewhere and close my eyes but I was lucky enough they were willing to listen and even encourage me. Just sitting, talking and being ‘presentable’ was hard at that point. When I went somewhere I was afraid I would collapse and not get home… In order to change your own brain you need some supportive brains around you. I had finally found an environment allowing me to recover. I’m still pretty much in damage control mode but it is getting easier and I am bound to break even one of these days because I understand the process I have to go through. I know the plan and I’m getting closer, even though I can’t imagine what it’s like to have stereovision just yet.

Related articles:
– Similarities and differences between strabimus and MS
– The basal ganglia and what they do for you
– Analysis of Strabismus and its effects, patient prognosis and success rate of Vision Therapy
– Reconciling the autonomic and motor nerve systems
– An unsatisfiable urge to become who I was supposed to be