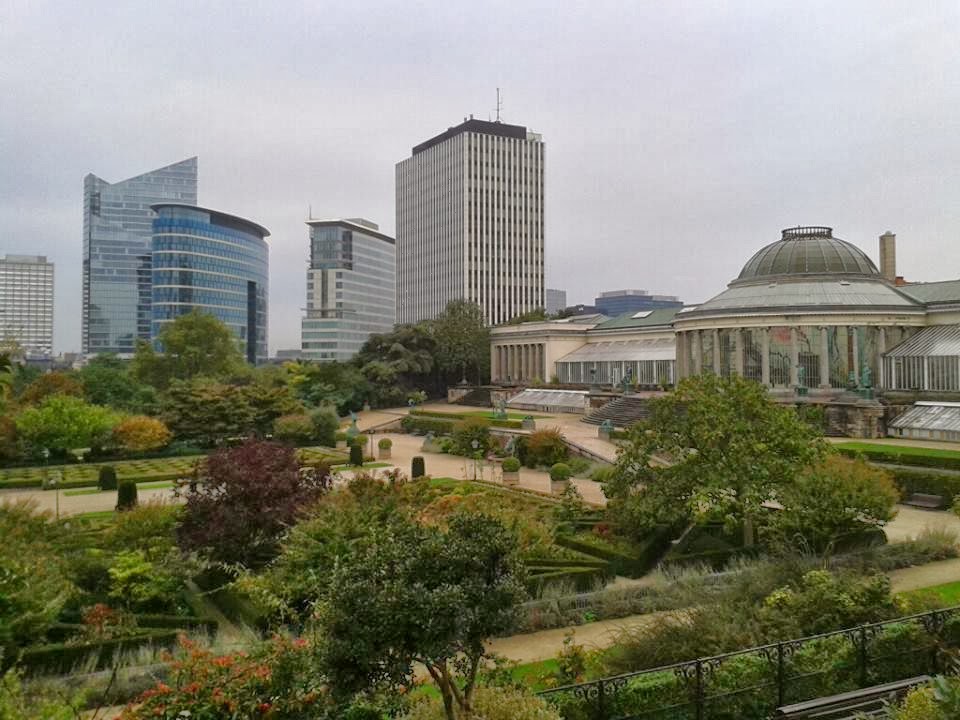 For one, it is getting easier to compare prices in the supermarket. I also started to like watching people go by juxtaposed to a stationary background. Moreover, there’s a special kind of joy to tracing a moving car with your eyes while being in motion yourself. It’s amazing you and the car are in motion and you can adjust your eyes as for it not to go double! I’m sure many of the visually spoiled out there don’t even think about things like that, but there’s more!

I’m starting to understand the concept of sightseeing I think. I have done my share of traveling before but I never really enjoyed views that much. I liked traveling because of different reasons. Now I can point both of my eyes at the things I am looking at and, even though I don’t really see any 3D yet, it already feels different. It’s different from my ‘old 2D’. Somehow it’s more overwhelming. Seeing is starting to be a pleasure. Not every second of having my eyes open implies suffering. My new appreciation for my undoubled vision extends to renewed appreciation for the environment that surrounds me. It also struck me that many people experience their first stereo moment while looking at unusual objects or scenes. Additionally, Oliver Sacks wrote about how detrimental being in a confined hospital room for several weeks had been for his sense of stereopsis. So why not get out there?

Since Brussels hosts most EU institutions and 25% of Brussels’ population is of muslim origin, it is home to one of the most diverse populations in the world.

People of foreign origin make up nearly 70% of the population of Brussels, most of whom have been naturalized following the great 1991 reform of the naturalization process. 32% of the inhabitants are of foreign European origin, and 36% are of a non-Western background mostly from Morocco, Turkey and Sub-Saharan Africa. Among all major migrant groups from outside the EU, a majority of the permanent residents have acquired Belgian nationality. –  Wikipedia

With its three language communities (Dutch, French and German) Belgium as a country wasn’t lacking in diversity to begin with. I moved to Brussels in a terrible state and haven’t had much of an opportunity to get to know it. In another attempt to combine strab-business with pleasure, I decided to go sightSEEING regularly.

Taking the metro is starting to get much more pleasant for me. Because of my improved vision I feel much more in control already and am starting to feel less motion sick. I’m also getting to understand why one can enjoy people watching. Especially with all this diversity it is fascinating to just listen to and watch people in Brussels.  Moreover, it’s fun to stand at the back of a carriage and take in the entire trains interior view and see the movement in comparison to its surroundings.

I don’t even have to go far to see some interesting things. Who needs Paris or Rome when you have Brussels? 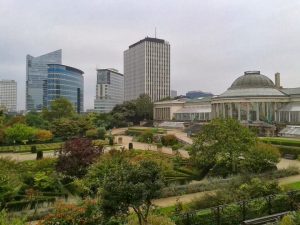 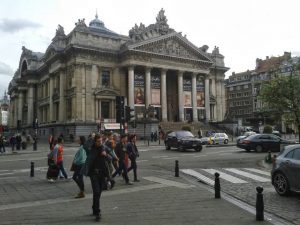 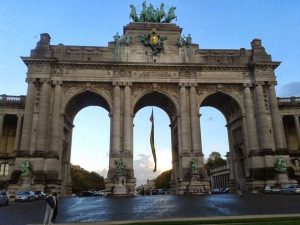 The horses on top of that monument for instance did something funny to my vision I can’t really put my finger on. It wasn’t 3D though… It’s like you are somehow opening the perceptual gates by aligning your eyes. It doesn’t happen instantaneously but if you keep doing it over an extended period of time things will start a-changin’. I often must look like a 5 year old watching the Lion King for the first time, or at least I do on the inside. I enjoy the view but it quickly drains me. So when I’m running empty I take the metro home. I always make sure to have a fairly easy exit strategy so it remains a positive experience and doesn’t become a drag. Anyways, no one ever said you couldn’t bring some culture into the strab-business. 😉