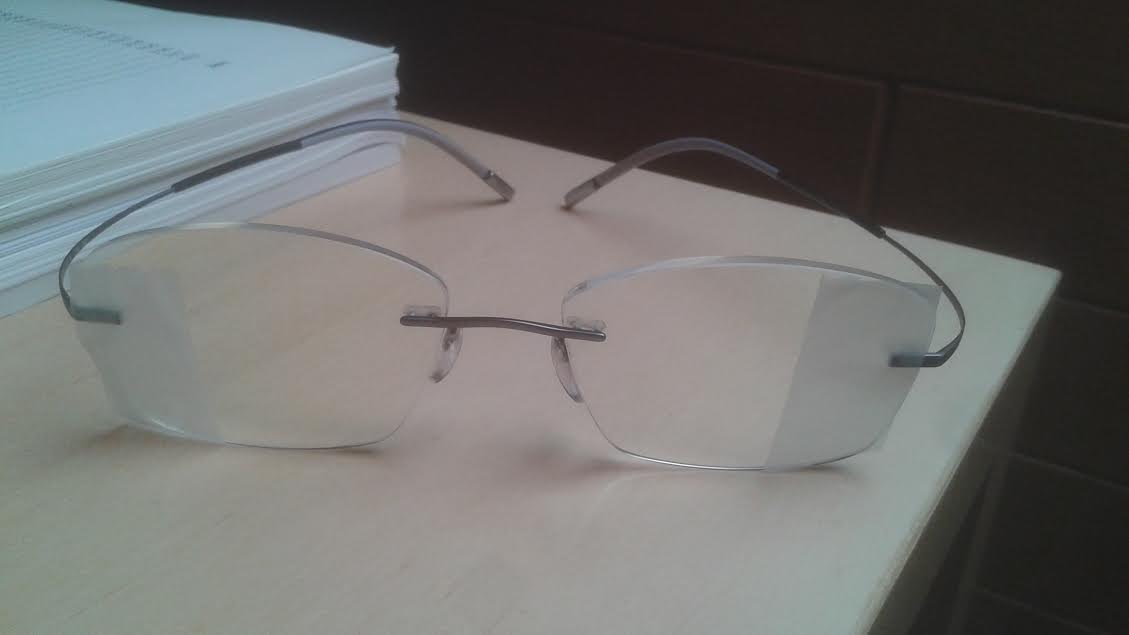 REMINDER: When reading on a desktop or laptop, you can have the article read to you by selecting the desired paragraph and clicking on the little speaker icon.

It had almost been a year since my last optometric evaluation. This is because there have been some personnel changes in the practice where I had been going. My long time Visual Trainer, Sofie De Witte, who is also a qualified behavioral optometrist, was leaving the practice in Antwerp where she was an employee to set up her own VT clinic in her home town. Upon this change I was advised to stop training in Antwerp and, if I needed more training sessions, follow Sofie to her new location. As I had learned a thing or two in my four year VT tenure and had already quite a lot of equipment, I thought I’d take a break and see how things would go. Things went okay for a while but then life got ahead of me and my functional vision level. Long story short, I had to let go of some things and get back to a more rehab centered life. Two steps forward, one step back.

I decided to take some appointments at Sofie’s new office. It’s virtually impossible to access this location using public transportation and it’s quite far away so I had to takethe 1h 15min drive in my grandpa’s 16-year-old battered Renault Megane Scenic. The car doesn’t have a radio or gps so driving it is quite the meditative experience, apart from not knowing the way and the visual fatigue setting in after a while.

Having traversed the caves of Moria and the snowy mountains, I reached Sofie’s house. It have must be somewhere close to Mordor and, coincidently, the French border. The country side house, looking like a proper farm, was big and beautiful. Settling in, I told her what had happened over the last few months and that I needed to refocus on VT to a greater extent.

She assessed me thoroughly and found some new elements the previous overseeing dev. optometrist had not looked for and thus not reported in his record. Her most notable finding was a rather pronounced vertical deviation of about 6 to 7 degrees. Over the years, I’ve been making a lot of progress improving horizontal ocular movement ranges and, by doing so, saw also improvement in the vertical misalignment. However, there’s still a considerable amount of vertical misalignment. Sofie said, “If I were to see you for the very first time, this vertical difference would be my main focus in treatment.” Good, we have a new angle (no pun) and something to work with. Taking into account the fatigue from driving, my horizontal angle had remained quite stable since my last assessment. My prescription too.

– Bitemportal occlusion (as opposed to binasal occlusion) of my glasses.

I noticed this has two advantages. It is supposed to promote convergence and it largely eliminates the areas where I’d still be having double vision. That is to say, the outer areas to the right and to the left. The area in front of me is more manageable. 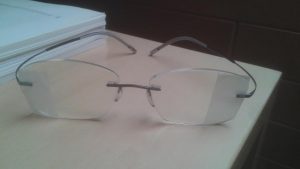 If eventually I have the same visual performance while doing balance exercises as I have in static situations, my job will be done. Not yet the case. 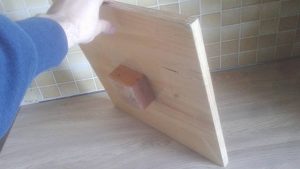 Easy-to-make balance board. Cheap and good. Also does not hurt when you fall as while using a bongo board and because it is easier, you can focus on your body’s movements rather than not breaking your neck.

– Tranaglyphs, specifically moving them up and down to address vertical misalignment.

It’s nothing I haven’t tried or done before but it’s important to get back on that horse and be more organised about it. ‘Some’ progress is clearly not enough to get ahead in real life. My visual system needs to functional to an extent that the proper visual behavior reinforces itself and I do not have to fight through every daily living activity.

Given the mechanical damage and restrictions imposed by strabismus surgery, VT sometimes seems like a quagmire. I’m hoping to be at a strong, functional level by the age of 28, turning 26 in December. I’m fearing achieving this goal might turn out to be at the age of 30 as flexing this damaged hardware always takes much long than I hope for. Sofie said, “Maybe it would be better to try adjust to the idea of 30 so you are less stressful overall.” That would be very depressing though. Turning 30 without ever having been able to work… Intellectually I sort of realized these surgeries are going to cost me at least 10 years of my life but somehow you keep hoping it’s not true. Let’s hope, at least, by 30 I’ll be free to pursue what I want and no longer be restricted visually. That’s the idea. If that will be the case, I think I can live with that.

On the drive back I made some navigational mistakes, ending up with a 2h drive home. I’m positive the drive there and back might have been the hardest VT exercise of the day. With an overall driving time of a little more than three hours (300km), my range is still worse than a Tesla Model S but I might be able to get from Brussels to Paris! When I got home I immediately ate and then had a nap. That night I slept ten hours straight and the next day I felt pretty okay. Hooray for that!